How many bodies go into one body 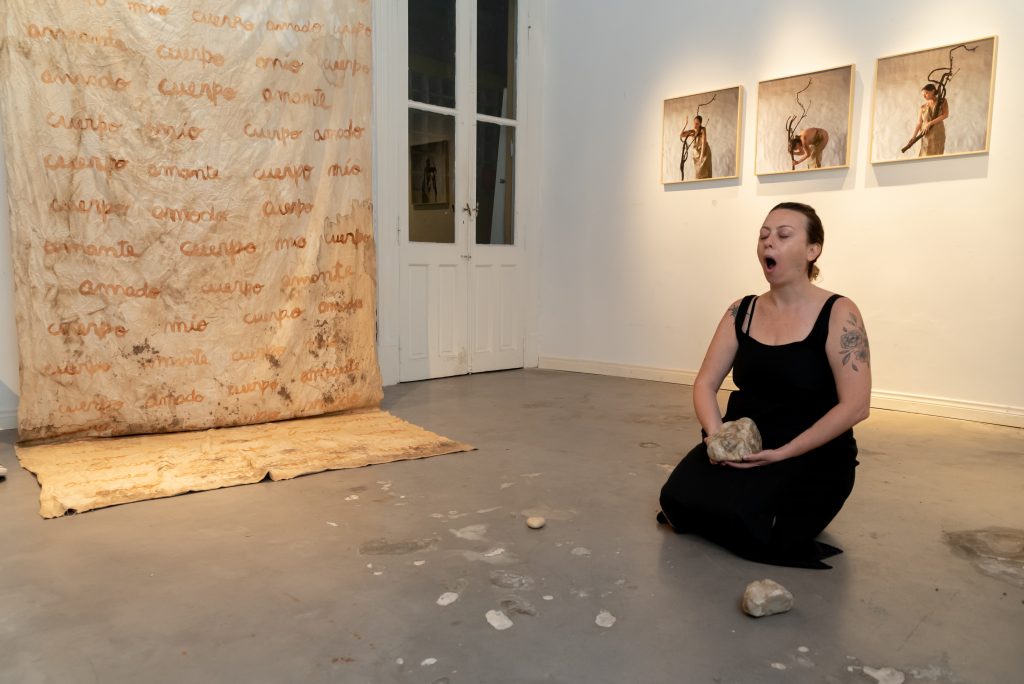 In this project I focus on the idea that the point of contact of two bodies forms a territory that is linked to a larger community fabric. These bodies can be human, but also animals, vegetables and minerals, because they are part of the same materiality that when they meet each other broadens the possibilities […] 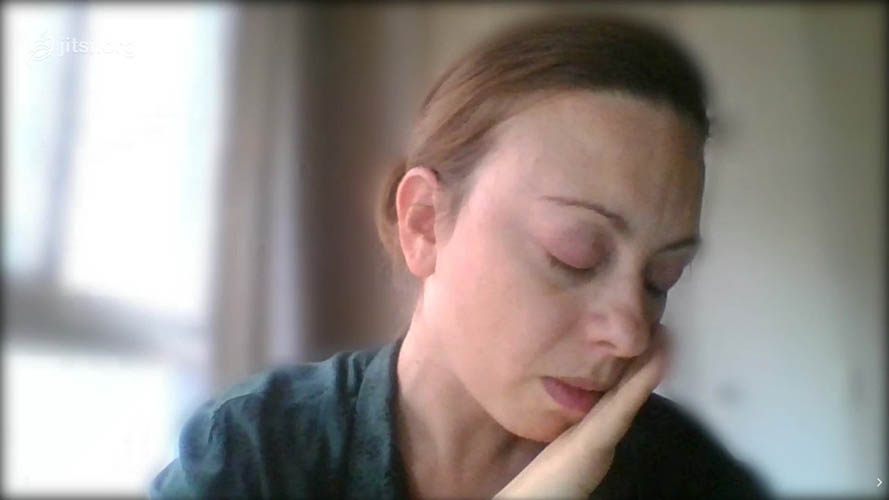 Videoperformance that uses a video calling application as a support, widely used during 2020, which allows group videoconferences over the Internet and record them. Direct shot from laptop camera. Color filming, with post-production and editing. To compose the audio, I mix sounds that come from my mouse and keyboard. In these months of quarantine, the […]

We are not territory of conquest

Through our body-earth territory, knowledge and affective memories circulate that are linked and allow us to expand our desires in a communal way. We are not a territory of conquest invites us to awaken those memories and to recover those knowledge that is activated through art and encounter, and that establish identity. Summoning intimate spaces, […]

Flesh of my flesh

Digital video thought of in two layers of performative action that come together in post-production, with sonic poetics that mixes the sounds coming from the action and exploration with ukulele, which was edited and cut, the direction, the speed was changed, it was filtered and overlaid. As if in a reverie, I look for my […]

I stand behind a table and ask those present: How many of those who are menstruating, how do they live those days, how do they collect their blood? While we exchange experiences, I place on the table three scissors, three cloths in the shape of menstrual dressing and three cloths. Each of them has a […]

Digital video art. Color filming. Fixed camera with layered post-production and editing. Sound poetics made up of body sounds and stereo editing process. To be played / projected in a loop. Fragile: From lat. fragĭlis. 1. adj. Brittle, it breaks down easily. 2. adj. Weak, which can easily deteriorate. 3. adj. Said of a person: […]

Made with Julieta Anaut and Niny Johana Gamboa, Eternal consolation takes up the myth of La Telesita. Our journey begins by dancing a chacarera, letting us flow with the rhythm of it, raising our arms in castañetas and beginning to draw whole turns and vueltas enteras in space. For the audiovisual we incorporate symbolic elements […]

We carried out this project in co-authorship with Gigi Scotellaro. It was made up of xylography, wood sculptures, performance and video art. We were interested in developing the pieces as a whole and doing a duo as if it were the making of a creative unit. The exhibition of this project was thought of as […]