How many bodies go into one body

In this project I focus on the idea that the point of contact of two bodies forms a territory that is linked to a larger community fabric. These bodies can be human, but also animals, vegetables and minerals, because they are part of the same materiality that when they meet each other broadens the possibilities […]

A small part contains the whole world is a site-specific performance made in La luz buena, at the International Performance Encounter organized by Silvio De Gracia. This piece was born from my encounter with this space, with this abandoned house where the ruin converges with the furious outbreak of nature and with the interventions of […]

I do believe you

Participatory and ritual performance, where I carry a string of garlic and a wrapper filled with mugwort, which are healing elements typical of the knowledge of this territory. With them I build a safe and circular space, I clean my body and I speak out to reaffirm myself in the world, and invite those present […]

Folk of ground is a participatory performance that took place in La Flecha del Arte residence, La Sortija field, Province of Buenos Aires, Argentina. The purpose of this work was the search for the construction and recognition of the women’s collective as part of the materiality of life. In this performance I incorporated healing rituals […]

Something in the throat 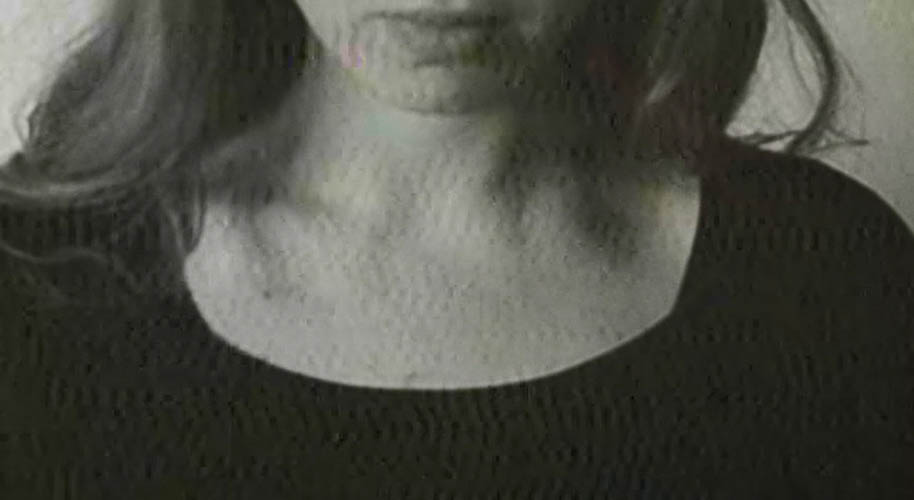 In Something in the throat, a woman tries to utter words when she finds herself in full silence between saying and not saying. The command of feminine silence paralyzes her and there is only the possibility of the micromovement that ties her throat. Digital video art made with a fixed camera. Black and white post-production, […] 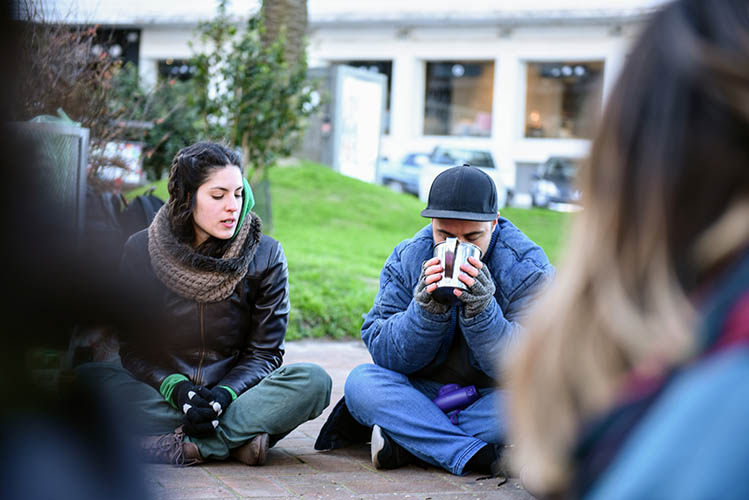 This performance is a feminist healing ritual that calls to inhabit the bodies and community knowledge in response to years of systematic and macho violence. It is a call to meet, to circle and to recover ties as a form of defense against oppression. I begin the action by delimiting the space with protective herbs, […]

We are not territory of conquest

Through our body-earth territory, knowledge and affective memories circulate that are linked and allow us to expand our desires in a communal way. We are not a territory of conquest invites us to awaken those memories and to recover those knowledge that is activated through art and encounter, and that establish identity. Summoning intimate spaces, […]

Activation of a tour from the High Complexity Hospital El Cruce to the Arturo Jauretche National University, in the town of Florencia Varela, Province of Buenos Aires. This tour was a walk that we took with my mother when my father was in intensive care for a terminal illness. Not only to distract ourselves, but […]

Performance based on the poem “Talk about fear” by Hilda Rais *. In the entrance columns to the Madero Library, in the town of San Fernando, in the Province of Buenos Aires, I hang a roll of paper that is unrolled up the stairs. I take a fibrón and write on the paper: What am […]

I expand me as I desire

I did this performance as a closing of residence in La Flecha del Arte, La Sortija field, Province of Buenos Aires, under the coordination of Margarita García Faure. To compose it, I activated gestures, resonances and elements that circulated during the stay there and that are part of the place. Under an ancient eucalyptus, I […]